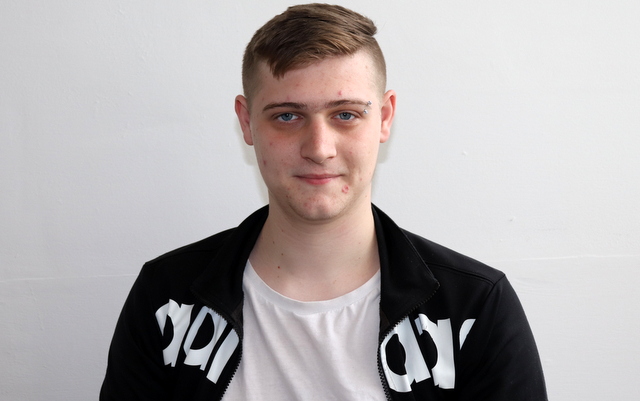 “I think it’s way better than when I first came here.

“You can’t just go for a job with bad attendance. They’ll see, ah, he’s not going in so Humankind pretty much helped me to see that and realise that I need to be in because that’s what I’d have to do for a job.

“It’s really fun. You can get along with everyone. We have a laugh every now and then so it’s not too serious.”

Shane had been excluded from previous education provisions due to poor attendance.

He felt like his life was going in the wrong direction but wasn’t sure how to turn things around. He is a young carer who has a great deal of extra responsibilities and struggled to remain motivated in education.

When Shane began at Humankind he quickly realised that things here were very different. He accessed great deal of pastoral support and began to work on personal areas for development. He received referrals to agencies who could support him in all areas of his life as a result his home environment dramatically improved. Shane worked closely with his tutor and an attendance support plan was implemented to huge success. He learnt how to prioritise and focus on the task in hand. He now feels he has a lot of support and no longer lacks motivation.

This year, Shane has completed level one qualifications and successfully passed functional skills exams. He is returning to Humankind in September and will become a peer mentor to help others struggling.

There have been so many great changes in Shane’s life but the biggest one you will notice is the smile on his face.