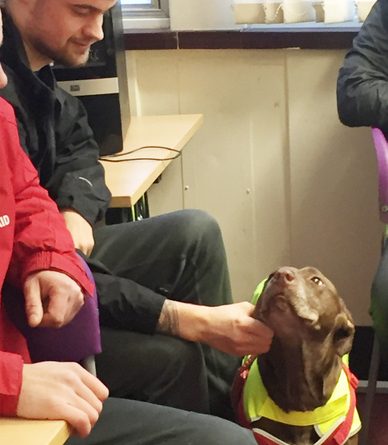 This week, we had one of my best lessons ever. We were visited by Stray Aid, who brought in Toffee.
Toffee is a staffy cross pit bull who was used as a bait dog, meaning she had been brutally attacked by other dogs to train them to become more vicious for fighting.
I was expecting she would be unfriendly and vicious. However ,she ran in and greeted everyone. She was kind, soft and exceedingly friendly. I felt really emotional when I heard her background and was amazed to find out that they rescue over 1,500 dogs in the North East.
The session made me feel like there was a lot of dogs mistreated and in the future I will recommend that people rehome dogs rather than buy them from a breeder.
I think this session will stay with me for a long time.